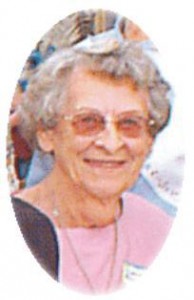 On May 8, 1954 she married Arthur Butzen at St. Mary’s Church in Port Washington.  Together they had a crop farm in the Town of Wilson and raised Quarter Horses and Percheron Draft Horses.  Carol was a gifted seamstress and made dresses for her mother and herself.  She also made doll clothes from the fabric scraps.   For many year Citizens Bank of Sheboygan would hold doll clothes competitions which Carol delighted in entering.  She also enjoyed gardening, bowling and meeting her brother at Newport Shores every Friday.  She was a member of Immaculate Conception Church in Sheboygan.  Her husband Arthur preceded her in death August 9, 2005.

The family would like to thank the staff at St. Nicholas Hospital and Sheboygan Progressive Health Center and Carol’s good friends and neighbors Jack and Ann Jenko and  Wayne LeClair.

Abiding by Carol’s request, no services will be held.  She will be cremated with interment at St. Mary’s Cemetery, Port Washington.