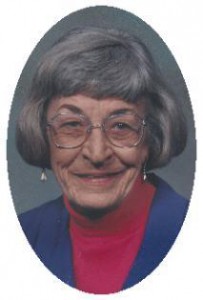 She was born June 2, 1927 to John and Mary Gasser in Port Washington.  Margaret was better known as Mickey worked at the former Knellsville Country Inn, Port Country Club and Milwaukee Golden Palace as a waitress amongst others.  Mickey then started working for the Port Washington Post Office as a carrier.  She met Arthur L. Birch, Jr. of Milwaukee and they were married April 10, 1975.  He preceded her in death January 21, 1983.  She retired from the post office after 20 years in 1991.  She was a member of the Port Washington Senior Center and the former Sloga Society, Slovenian Group.