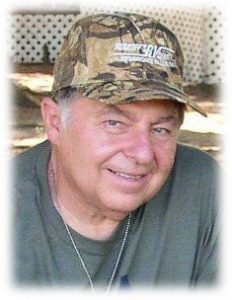 John J. Bauer of Port Washington, Wisconsin was born on September 3, 1943 in Milwaukee, WI to John H. and Gertrude Vindick Bauer. On Friday, October 4, 2019, age 76, John passed away peacefully at Aurora Medical Center in Grafton, Wisconsin with his daughter and son at his side.

John grew up in Brookfield, Wisconsin and as a youth enjoyed bowling and softball. He received an associate degree in accounting and was always up for a game of Sheepshead.

On July 10, 1965, John married Violet A. Lohr of Milwaukee. Raising their family in Sussex, he worked with a paper product distribution company for many years. He also served as a Village of Sussex Trustee and will be remembered for organizing and lighting the Sussex fireworks and at the Milwaukee lakefront years ago. Later in the late 1980’s, John and Vi moved to Minnesota where he worked with another paper distribution firm. Returning to Wisconsin in 1992 and settling in Port Washington, John began selling commercial real estate. Violet preceded him in death on January 9, 1995.

At a ceremony in Port Washington, John wed Susan D. Voigt Knebel on January 20, 1996. Together they enjoyed camping all over the state. They belonged to the West Bend Kettle Kampers, a Chapter of the Wisconsin Camping Association where he was an active member until, Susan predeceased John on December 18, 2018.

He is survived by his children Lisa “Lee” Bauer of Greendale, WI, Rhonda (Mike) Wells of Turtletown, TN and John (Glennette) Knebel of Dallas, GA. John is further survived by grandchildren Rebecca Wells and Casey Rohman, his sister Patricia (Gerald) Gundrum of Grayslake, IL, nieces, nephews, other relatives and friends.

John is preceded in death by his two wives and his daughter Michelle “Mitch” Bauer.