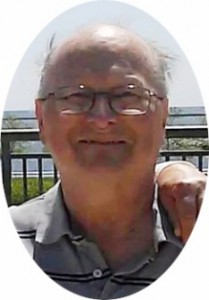 Dennis A. Baer, 67, of N Wisconsin Street, Port Washington died at his residence Thursday, October 2, 2014 after a lengthy illness.

He was born August 26, 1947 in Milwaukee to Arnold and Evelyn Goll Baer and grew up on North 29th Street in Milwaukee.  He served as a medic in the US Army during Vietnam.  When he got back started working as a lab technician for the former St. Alphonsus Hospital in Port Washington and moved to Port Washington in 1971.  When St. Alphonsus was closed he transitioned to the new Columbia  St. Mary’s – Ozaukee Campus in Mequon working until his retirement in 2012.

Dennis was a kind and helpful man who was reserved and faithful.  He enjoyed ballroom dancing for it’s socialness and competition.  He danced at the Fred Astaire Studio in Mequon for 10 years.  He and his family were very proud that he was accepted to be an eye tissue donor.

He is survived by his siblings Ron (Janet) Baer of Waukesha, Karen (James) Matulis of Greenfield and Kathy (Richard) Tikkuri of Cudahy.  Further survived nieces, nephews, other relatives and friends.  He is preceded in death by his sister Janet and her husband Robert Dobbertin.

Pastor Martin Wildauer will officiate funeral services at 7 pm Monday, October 6, 2014 at St. Matthew Evangelical Lutheran Church, 1525 N Grant Street, Port Washington.  Visitation will be from 5 – 7 pm on Monday AT CHURCH.  Interment with Military Honors will be at Pinelawn Memorial Cemetery in Wauwatosa at 10 am on Tuesday, October 7, 2014. Memorials to Fisher House Wisconsin (5000 W. National Ave, Milwaukee WI, 53295) are appreciated