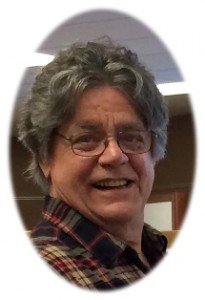 A craftsman, artisan and family man are a few terms that may define Mitch. Certainly, there are more.

He was born on January 2, 1950 in Philadelphia, PA. The loving son of Harry and Hilda Azoff, Mitch studied at the University of Wisconsin-Whitewater where he met his future wife, Jeanne Kaebisch of Milwaukee. They married on July 21, 1972. While at Whitewater, he and his wife operated Jamps Record Store. This would be the beginning of many adventurous projects for both of them. Mitch started his artistic career in 1974 at the School for American Craftsmen-Rochester Institute of Technology in Rochester, NY where he graduated in woodworking and furniture design. Over many years, Mitch would produce, exhibit and sell many wonderful projects.

During the 1970’s and 1980’s, Mitch exhibited his work in major shows across the country and was published in woodworking books and journals. Also during this time, he and his family returned to Wisconsin and opened a series of retail stores promoting and selling products made by American craftsmen. Some of the stores include Wood’n Things of Cedarburg, Stella’s Jewelry and Glass and Backsaw Bay promoting pottery and wood products in Wisconsin and Maryland.

In 1980, the family moved to Saukville where Mitch became interested in real estate and local politics. Mitch became a realtor for Coldwell Banker and Remax locally. He was a member of the Village Board of Saukville and its Planning Commission. After a few years, he and a partner started MP Construction and built numerous homes in Ozaukee county. At this time he built his family home in Saukville.

Upon his retirement in 2010, Mitch’s creative interests took another turn. Coppershot Jewelry was started. He began working copper into earrings, bracelets, necklaces and other related pieces. He developed a unique technique to change the surface of the pieces to create interesting “landscapes”.

A lot can be said about this master craftsman, but to his grandchildren he was “Pappy”. He loved and adored his family. Never afraid to speak his mind, Mitch was a deep thinker, witty and creative, with a heart of gold.

He is preceded in death by his mother Hilda and his father-in-law Tanna.

Family and friends are invited to gather from 3:30PM to 5:30PM Friday, October 30, 2015 at the POOLE FUNERAL HOME/Crematory, 203 N. Wisconsin Street, Port Washington. Mitch’s life will be celebrated with a service at 5:30PM.