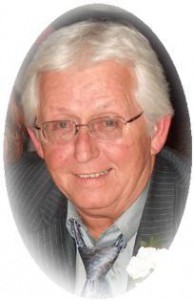 Dale J. Anderson, 61, of Cottage Drive in Oostburg, Wisconsin died at his residence, the Anderson Resort, on Saturday, May 16, 2009 due to complications of cancer.

He was born February 25, 1948 in Milwaukee, Wisconsin to Ralph and Sylvia Hadler Anderson.  He grew up in Milwaukee and served as a Private First Class in the Army during Vietnam from 1968 – 1974.  In 1978 he moved to Two Rivers to work for the former Paragon Electronics.  He moved to Cedarburg in the mid-1980’s and worked at the former Trac in Port Washington in Engineering until it closed.  He had recently operated with partners EAS (Enviromental Air Specialists) on N. Wisconsin Street in Port Washington and Dale Anderson Residential Mold Assessments until his recent illness.

Dale married Ethel Kolbach of Port Washington on August 8, 2008 at the Anderson Resort in Oostburg, Wisconsin.  He enjoyed golfing and had a hole-in-one at the Hartford Golf Club on July 27, 2008.  He was a Do-It-Yourself (DIY) guy and took pride in “the Anderson Resort” which he remodeled and landscaped.  He also loved to travel to tropical places. He was a proud member and current Vice President of the Port Washington Lions Club and an active volunteer at Kathy’s House in Milwaukee. Dale will be remembered for his sense of humor

He is survived by his wife, Ethel of Oostburg, son Jason (Tara) Anderson of Hartford and grandchildren Logan and Sydney Anderson.  Further survived by sister Carol (the late Lamar) Miller of Jacksonville, Florida, step-daughters Emily and Ellyn Thompson of Port Washington, other relatives and friends.  He is preceded in death by his parents.