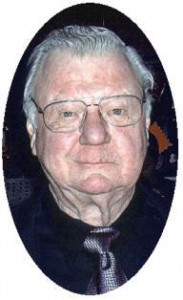 He was born in Grand Meadow, Minnesota on September 22, 1934 to Arnold and Winona “Vae” Cardinel Zuehlke.  When he was 8 years old, the family moved to Milwaukee where he later graduated from Boys Tech High School.  He was a machinist at In-Place Machining in Milwaukee for over 40 years.  He provided machining service in the shop as well as to Great Lakes Ships.  For that reason he was a Merchant Marine for many years.  He lived in Mountain, Wisconsin for 15 years and came to Port Washington in 2010 to be near his daughter.  Roger enjoyed woodworking, being the family machinist providing parts and experience to those in need.  He enjoyed riding his Harley and was a life member of the Harley Owners Group (H.O.G.).