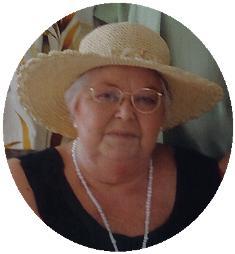 She was born May 23, 1931 to George and Eleanor Dittmar Oehler in Milwaukee, Wisconsin.  On September 29, 1949 she married G. Douglas Zieber in Milwaukee.  In 1971 they moved from Milwaukee to Port Washington.

Betty was a wonderful cook, using old fashioned, tried and true ways and will be remembered for the best chicken noodle soup.  She was a cook for the Pasta Shoppe in Port Washington for over 20 years and later cooked at Heritage Nursing Home in Port Washington, retiring after five years there.  She enjoyed crafting, sewing and working with stained glass.

The Reverend Sid Litke will officiate memorial services 10 am Saturday, March 8, 2008 at the funeral home.  There will be no visitation.  Memorials to the American Heart Association appreciated