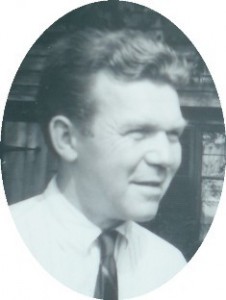 He was born May 12, 1921 to Harry and Norma Mangel Whitfield in Des Moines, Iowa.  An only child of a coal miner the family moved to Wisconsin in the 1920’s.  He attended the University of Wisconsin in Madison and worked as a radio announcer for WHA.  After receiving a Bachelor of Philosophy degree in 1942 he began working at WTMJ first as a radio announcer and then a television announcer.   Arthur met Carole Collins of Milwaukee and married her April 25, 1942 in Milwaukee.    During the 50’s he was the voice of characters in Chester The Pup, a nationally syndicated program.  He also hosted Let’s Play Ball interviewing Milwaukee Braves Players, an amateur hour and children’s programs.

Arthur is survived by his wife of 62 years, Carole, two sons Collins (Kathleen) Whitfield of Hinsdale, Illinois and Nicolas Whitfield of Woodruff, Wisconsin.  He was a proud grandfather of Britt Whitfield, Collins Whitfield, Jr., David Whitfield and Hannah Whitfield.  He is further survived by other relatives and friends.

A memorial service will be held in June at the family cemetery.