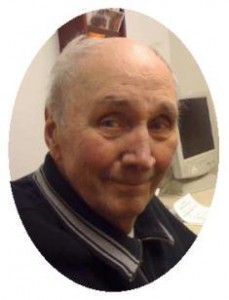 Upon returning after service he was a Ozaukee County Sheriffs Deputy from 1954 to 1967.  Later he became a truck driver for the former Freeman Chemical Co. which later became Cook Composites and Polymers in Saukville.  He retired after almost 25 years in 1991.

Funeral services will be at 10:30AM Thursday, February 28, 2008 at River of Life Lutheran Church, 598 W. Hillcrest Road, Saukville.  Interment will take place in St. Paul�s Cemetery, Grafton.  Visitation will be from 4-7PM Wednesday, February 27th at the funeral home and after 9:30AM Thursday at church.Memorials to the church or Columbia St. Mary’s Hospice, Milwaukee are appreciated.