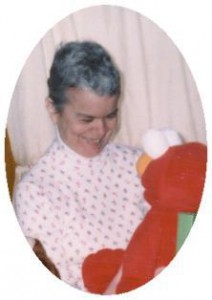 She was born April 9, 1951 to George and Ordella Schaefer Tesker in Port Washington.  She grew up on the family farm on County I in the Town of Saukville.  She was a graduate of the University of Wisconsin – Oshkosh and was a member of the 20/200 fellowship group of the blind.  She lived in Oshkosh for many years before moving to Stuart, Florida in 1995 to work as a proof reader for Braille International.  She was a member of St. Andrew Catholic Church and was very active with the Florida and American Council for the Blind.

She is survived a sister Kathy Tesker of St. Louis, Missouri and a brother Daniel Tesker of Saukville, Wisconsin.  Further survived by other relatives and friends.