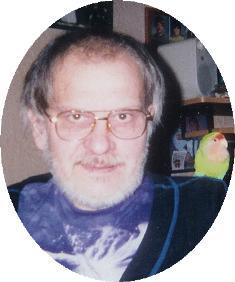 He was born on December 21, 1950 in Milwaukee to Thomas and Elaine Lockbram Sheppard. As a young man he gained his pilots license like his father and brother and enjoyed flying a four-seat Cessna out of Billy Mitchell Field.  He always liked things that went fast. He built race cars and motorcycles to be raced at the Great Lakes Dragway in Union Grove.

Over the years he was a welder for Super Steel of Milwaukee, Allis Chalmers of West Allis and Advanced Boiler and Tank of St. Francis.  He became disabled as the result of an accident. More recently he became quite proficient with his computer.   In 2004 he moved to Port Washington.

He is survived by his daughters Denise Rupcic of Mukwonago, Deana Sheppard of Cudahy and Dione (Christopher) Hooser of Oak Creek; his step-daughter Heather Grover-Solfest, twelve grandchildren, his brother Thomas (Barb) Sheppard of Port Washington, niece Stacy Sheppard, nephews Tim and Tom Sheppard IV, other relatives and friends. He is preceded in death by his life-partner Estelle �Denise� Grover, a step-son Clint Grover, and a grandson Michael Dean Anderson.

His life will be celebrated with a private memorial service.  In lieu of flowers memorials may be sent to the American Stoke Association – 3816 Paysphere Circle – Chicago, IL 60674