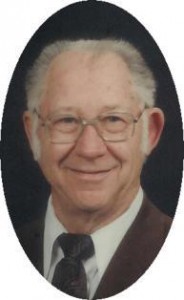 He was born in North Chicago, Illinois on February 17, 1922 to Roy and Bertha Neu Schuknecht.  He graduated from Port Washington High School in 1939.  He went on in school and graduated from the University of Wisconsin in Madison Law School.  Bill served in the Aleutian Islands of Alaska for the United States Army during World War Two.