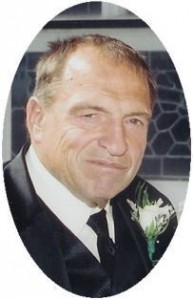 Vilas A. Schroeter, 73, of  N564 Schroeter Drive, (Silver Creek) Random Lake died Thursday, July 24, 2008 at Heritage Health and Rehabilitation Center in Port Washington where he had been a resident the past two years.

He was born on March 14, 1935 in silver Creek to Alfred and Selma Risse Schroeter.  He grew up working on the family farm.  He graduated from Random Lake High School and Lakeland College. He served his country with the US Army and was stationed in Germany in the mid-1950’s.  He returned home and married Donna M. Michaels from West Bend on June 14, 1958 at Trinity Lutheran Church in West Bend.  They had just celebrated 50 years together.

He continued to farm in Silver Creek; raising his family, tending his herd of registered Brown Swiss and crops.  In 1985, he was diagnosed with Parkinson’s disease.  For many years he continued to persevere until his retirement in 2000.  He had been very active with the former St. Paul’s Lutheran Church of silver Creek and its church council and the Silver Creek fire Department.