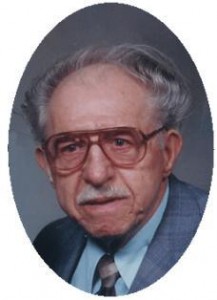 Jerome was a member of St. Mary’s Church and an usher for many years.  He was also in the International Association of Machinist, Local 1430 since 1952 and a member of the Van Ells-Schanen American Legion Post 82, Port Washington for over 60 years.  He was handy with tools, making many bird houses and childrens wooden toys.  He also enjoyed gardening.