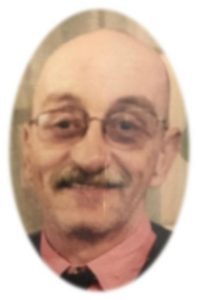 He was born July 13, 1962 in Sheboygan, WI to John and Judith Strysick Sackett. Growing up he attended local schools. Living his whole life in Sheboygan, he worked various jobs at local factories. Steven enjoyed building model cars and watching NASCAR racing. He was a funny guy always learning and growing, searching for spiritual comfort. He enjoyed spending time with his friends, getting coffee or at The Open Door in Sheboygan.

A Celebration of Steven’s life will be held this summer in Sheboygan. Condolences at poolefh.com

The Family would like to thank the nurses and staff at St. Nicholas Hospital in Sheboygan and Froedtert Hospital in Wauwatosa for their support and care.