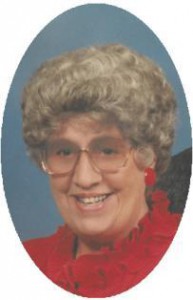 In the early 1950’s they moved to Port Washington when Milt took a job at the Electric Company.  Jane worked in Admissions at the former St. Alphonsus Hospital.  Later she was secretary for Mr. Bert Smith at the former Smith Bros. Smokehouse in Port Washington through the 1980’s.  She was active at St. Peter of Alcantara Catholic Church singing in the choir, teaching CRE for many years, helping in the St. Ben’s Food Program and even serving as a parish council member.

Jane is survived by her husband Milton, daughter Julie Roepke and granddaughter Ashley Kidd, all of Port Washington.  She is further survived by sister Lee (Rocco) DeFilippis, brother-in-law Paul Kloss, both of Port Washington, other relatives and friends.  Her sister June Kloss and brother Martin Inkmann preceded her in death.