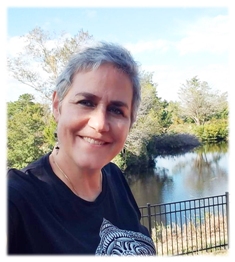 On a snowy, snowy night Jesus called for an angel. Not just any angel, but a very special angel. One with a big heart. One with nothing but love and respect for all. One who could fit right in with all of the wonderful people already there. One who had suffered enough and deserved the relief that death would bring. One who believed in the grace of God.

It just so happened our house had the perfect candidate to fill that need. Plus she could cook, sew, organize, lead, laugh and do many other things like no one else!

Jesus saw her tears of pain and those of her family and friends. So, on that night, Jesus came to our house, put out his hand and said “It is your time.” He lifted her and took her with him to everlasting life with him and those who had gone before her. And, with that, a great sigh of relief came over her and she left.

She was born on April 12, 1957 in Port Washington, WI; daughter of Donald ”Perch” and Marilyn Gessner Rilling. She grew up on Montgomery Street in Port Washington and attended St. Mary’s grade school and graduated from Port Washington High School in 1975. While in high school her artistic talents were recognized and honed by her art teacher, Fred Leece, something that would reward her and others for the rest of her life.

On April 22, 1978 she married Don “Diego ” Schultz, also of Port Washington, at St. Mary’s Church. In 1983 they were blessed with twins Dustin and Matthew. Diane had a number of interesting jobs in her life but none gave her more value and love than being a mother and grandmother. Family was important to Diane and she enjoyed every visit, phone call, text or email she would get.

She also enjoyed being creative. It could be a drawing, doll, jewelry, Christmas wreath or just decorating her home. There are many homes that display her Christmas Angels during the holiday season.

She is preceded by her parents and her two brothers Thomas “TJ” and James Rilling.

Family and friends will gather to celebrate Diane’s life from 1-3PM Sunday January 19, 2020 at the POOLE FUNERAL HOME/Crematory, 203 N. Wisconsin Street, Port Washington, WI with a Time of Sharing at 3PM.

Memorials may be made in Diane’s name to Agrace Hospice Care, 5395 E. Cheryl Parkway, Madison, WI 53711, the Humane Society or a charity of your choosing.