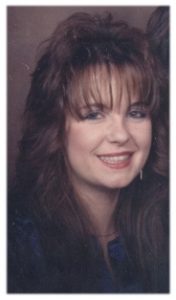 She was born August 12, 1964 in Port Washington, Wisconsin to Fred and Joyce Burich Philipps. Growing up, she attended the local schools. After school she lived in California for some time before returning to Port Washington. Through the years she worked as a housekeeper at the Holiday Inn in Downtown Port Washington and more recently was the housekeeping manager at the Country Inn & Suites, also in Port Washington. She enjoyed bowling, shooting pool and light gambling on the bar machines.

She is preceded in death by her brothers Steven Philipps and Jeffery Philipps, step-brother Peter Melsheimer, step-sister Susan Farrell and brother-in-law Bill Hall.

A gathering to celebrate Cheryl’s life is being planned. Information will be posted when it becomes available.