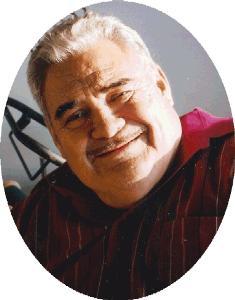 He was born August 27, 1930 to Otto and Vanzie Smith Peters in Long Lake, Wisconsin.  He married Patricia Berres of Port Washington on July 27, 1963 in Port Washington.  He served his country in the Navy during Korea as an aviation machinist.  He was a welder for Simplicity Manufacturing Company for 22 years before retiring in 1989. Elmer was a member of the International Association of Machinists, Local 1430 and the Belgium Memorial Post 5373 VFW.

His whole life, Cisco had a passion for birds.  He operated a game farm for waterfowl, swans and geese in the the Town of Port Washington.  For over 35 years Birch Hill Game Farm was open.  He was a proficient breeder of rare birds and swans.  When the State of Wisconsin needed help rebuilding the numbers of endangered Trumpeter Swans to reintroduce into the wild, Cisco stepped up and helped out.  He attended many bird shows and over the years was active with numerous pigeon clubs and aviary societies.  An outdoorsman he enjoyed hunting and raising hunting dogs.

He is survived by his wife Patricia and daughter Laura (Brian) Schlicke of Oostburg.  He was the proud grandfather of Nicolette Sclicke and Jennifer (Adam) Gill and great grandfather of Jade Gill.  He is further survived by brother Ivan (Donna) Peters of Babb, Montana, sisters Elsie (Harry) Barsch of Cocoa, Florida, Loretta (Larry) Wilde of Port Washington and Violet (Dick) Godersky of Juneau, Wisconsin, other relatives and friends.  A sister, Esther Burmesch preceded him in death.