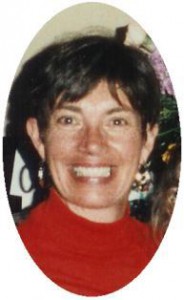 She was born in Aurora, Illinois to Gerald C. and Florence Boyne Westphal on August 28, 1943.  Dolores was a single mother, raising her three children on Chestnut Street in Port Washington.  She worked as a waitress at the former Smith Bros. Restaurant in Port Washington.   Her children meant the world to her and she enrolled  them in swimming lessons, little league baseball and park activities. When she wasn’t working she would do oil paintings, go to Fish Day, parades and other local events.   As her children grew she began to set new goals for herself. In 1985, she enrolled at the University of Wisconsin-Milwaukee where she pursued a degree in nutrition. She worked hard to get this degree while still working as a waitress and graduated in 1990.

After receiving her degree, she  relocated to California to enjoy the good weather, sun and ocean.  She lived there for several years working with the World Health Organization to help distribute medicine to people in need in other countries.  Helping people is something that always made her feel really good. She always sympathized with the “underdog” and was willing to assist and help in any way she could.  She always stuck to the belief that people had goodness in them and that sometimes they just needed help.

She returned to Wisconsin to care for her mother, and soon the two became inseperable.  They lived on Indian Trail Road in Holy Cross for many years and even took a vacation to Hawaii together.  Soon Dolores began working at the Gables on the Pond, an  assisted living center, in Random Lake.   Dolores will be remembered as a  good, decent and strong person who helped those around her.  Faced with many struggles throughout her life,  she overcome adversity through sheer determination, perseverance and will.  She will be deeply missed by all she touched.

Dolores is survived by her children Rob (Sue Censki) Penkwitz of Germantown, Michael Penkwitz of Milwaukee and Vanessa Schwengel of Port Washington.  Further survived by her brother Gerald Westphal of Milwaukee, niece Katherine Westphal of Port Washington, uncle Michael Boyne and cousin Rosie Juneau both of Aurora, Illinois, other relatives and friends.