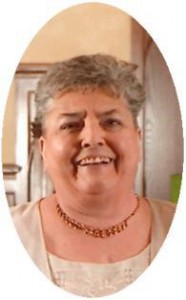 Mary Beth spent many days tending to her flower beds and large vegetable garden, canning and freezing her harvests.  She was also a good cook and baker, sharing her apple kuchen and pumpkin squares.  In 1985 she returned to work at Saukville Fabricare for a few years.  She enjoyed taking bus tours with her husband to various casinos and theaters.  She liked to watch and feed the birds that frequented the river and her yard and was an animal lover with numerous family pets.  Her grandchildren were the the sparkle in her eye and she enjoyed spending time with them.

Rev. Karl Acker will celebrate a Memorial Mass at Noon on Saturday, November 15, 2008 at Immaculate Conception Church, 145 W Church Street, Saukville.  Visitation 10 am to Noon on Saturday AT CHURCH.  Memorials to the National Kidney Foundation appreciated.