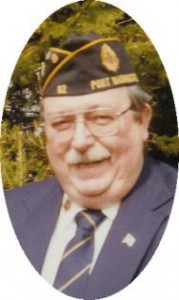 Jim was an active member of the Van Ells – Schanen American Legion Post 82 in Port Washington and the 40 & 8.  He was also a member of the Leathernecks, the International Association of Machinist and Aerospace Engineers Local 1430 and a lifetime member of the National Rifle Association.  He enjoyed hunting and trap shooting.