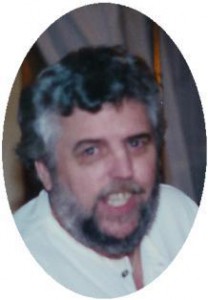 He was born on July 5, 1941 in Port Washington, WI to Jerome and Mabel Kibbel Molitor. He was married on February 7, 1959 to Georgine Peterson, also of Port Washington at St. Mary’s Catholic Church. They raised their family on East Jackson Street before moving to their current West Beutel Road home.

Over the years, he had worked at the former DeeBee’s Mobil Service Station on North Franklin Street. A full-service gas station gave him the opportunity to tinker on cars. Later he worked at Freeman Chemical Company in Saukville.

He will be remembered for his pride he took in his cars, his art drawings of which he shared with many and the ultimate Elvis Presley fan. He enjoyed auto racing and local sports teams. Many a day he could be found patronizing local establishments; chatting with his neighbors.