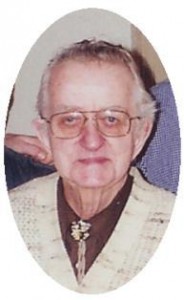 He was born February 21, 1925 in Milwaukee, Wisconsin to William and  Augusta Wellmeier Michels. He grew up in Milwaukee and served in the US Army during World War Two.  He married Elly E. Dittmann Fluhr who was born in Germany in Port Washington in 1978 at the courthouse in Port Washington. She preceded him in death March 5, 1995.

Bill moved to Port Washington in the early 1970’s and operated the former Port Harbor Paint on West Grand Avenue and Moore Road into the 1980’s. He retired and moved to rural Huntersville, NC to live peacefully and quietly, a beautiful area to enjoy nature at its finest. While in North Carolina, he worked as a commercial painter for Duke Power Inc. He returned to Milwaukee in 2000. Bill enjoyed gardening and antiques and throughout his life he was always a painter, either commercially or self-employed. He will be remembered for his kindness and his soft-spoken demeanor.

He is survived by his sons Kevin Michels of Sussex, Dennis (Clare Kaufman) Michels of Milwaukee and Gary Michels of Glendale; grandsons John and Patrick Michels, other relatives and friends. He is preceded by his wife Ely, 2 brothers Theodore and Charles Michels.

Memorial services were held at Luther Manor, in Wauwatosa on Wednesday February 14, 2007.  Bill was cremated with final interment in Union Cemetery, Port Washington.