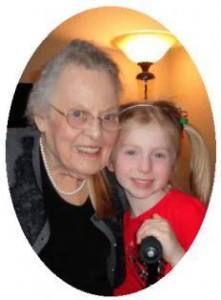 She was born on March 10, 1928, daughter of Milton Waldo and Lucille Markham Emerich in Merrill, Wisconsin. Jeanne had taught for the Milwaukee Public Schools for many years.  On May 29, 1952, she married Donald P. McFadden of Milwaukee and together they raised their family.  He preceded her in death on May 1, 2001.

As per her request, there will be no funeral ceremonies.  Memorials to the Lutheran Home Foundation, 7500 W North Ave., Wauwatosa, WI 53213 are appreciated.