She was born on October 13, 1933 in Norway, Michigan to Joseph and Anne Menghini Zeni. After growing up in Norway, she attended St. Mary’s School of Nursing in Milwaukee. She graduated in 1953 and began her career as a Registered Nurse in 1954 at the Veterans Hospital in Iron Mountain, Michigan.

LaVaughn married Joseph Lanthier on January 30, 1960 in Norway, Michigan. The couple lived in Milwaukee where she worked at St. Mary’s Hospital. In 1964 they moved to Port Washington. She worked as a nurse at the former St. Alphonsus Hospital in Port Washington from 1965 until her retirement in 1993.

She was a devoted wife and mother. Her family was the joy of her life. She was an active person who loved to hunt and fish with her husband and children. She was an avid trap shooter and a member of the Saukville Rifle and Gun Club and the Amateur Trap Association.   She also enjoyed tennis, golf and cards.

LaVaughn is survived by her husband Joseph of Port Washington; daughters Denise (Lee Reiherzer) Lanthier of Oshkosh, and Gail (Greg Korenack) Conrad of Cedarburg; son David (Carol) Lanthier of Mequon and granddaughter Sydney Lanthier.  She is preceded in death by a daughter, Ann Marie. 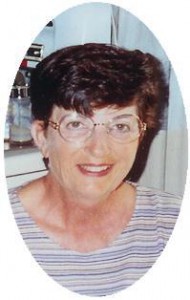