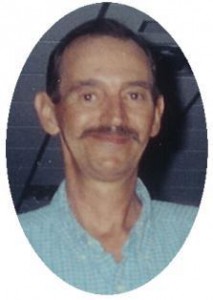 He was born May 5, 1952, in Connersville, Indiana, one of five sons of George Ashford “Big Sandy” and Ila Rebecca Wahn Housman. Raised in the Connersville area, he graduated from Fayette Central High School and Whitewater Valley Vocational School. He moved to Arizona and later to California.  While there he worked for Macdonald Douglas Corporation and Dart Container.  Sandy returned to Indiana and moved to Port Washington in 1993.  For many years he was employed by Advanced Manufacturing Technologies, in Grafton as a machinist.  Most recently he did custodial work for the American Legion, Port Washington Post. He enjoyed playing classic rock on his guitar, fishing, spending time outdoors, and talking to his many friends.

He is survived by his son George Ashford (Heather Reis) Housman III of Saukville, Wisconsin, brothers, Norman (Sharon) Housman and Stanley (Brenda) Housman, both of Connersville, Indiana, nieces, nephews, other relatives and friends.  George was preceded in death by his parents and two brothers, Larry Gene and Paul Ray Housman.

A celebration of George’s life will be held at Willies Lakefront Lanes, Port Washington, WI from 4 – 8 pm on Saturday March 4, 2006.  In lieu of flowers, memorials appreciated.