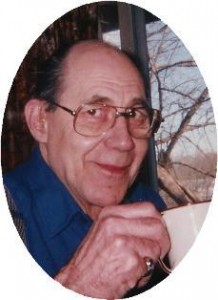 He was born June 12, 1928 in London England to John Madison Gibbons and Lillian Winifred Blake. In 1949 he immigrated from England to Port Washington. He worked for Molded Dimensions in Port Washington for many years. His wife Margaret Mauch Fritz preceded him in death January 16, 1985.

He is survived by dear friends Jane Rohde and Irma Altenbern, other relatives and friends. Private services were held.