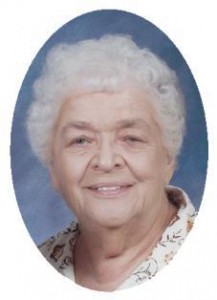 Eleanor enjoyed knitting and Crocheting.  She was also a proud patron of the Milwaukee County Transit System and enjoyed the “Fiestas” at the Summerfest Grounds.  She was proud of her Lithuanian heritage and making her specialty, Lithuanian Lugan Rye Bread.