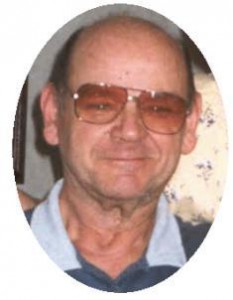 He was born on February 4, 1938 to Joseph and Eunice May Ferencevich in Milwaukee.  Raised in Milwaukee and graduating from Riverside High School, he worked for over 23 years, becoming a supervisor at American Motors.  He later did security work for Pinkerton’s and others, as well as a plant manager for the WR Grace Company.

During much of this time he lived in the Saukville while raising his family.  He will be remembered for his dedication to Boy Scouts and Cub Scouts, especially Troop 868.  He was active with the Milwaukee Boy Scout Council and other youth organizations.  He also had been active with local 4-H when his children were young.  He enjoyed fishing and a creative side by drawing and painting.  For the past nine years he had been a resident of Colonial Manor in Glendale.

Funeral services will be at 7PM Tuesday, November 14, 2006 at St. Peter’s United Church of Christ, 166 W. Dekora Street, Saukville.  Pastor Donald Ellerman will be the officiant.  Interment will take place at Mount Olivet Cemetery, Milwaukee.  Visitation will be held from 4-7PM Tuesday AT CHURCH.  Memorials to the Boy Scouts appreciated.