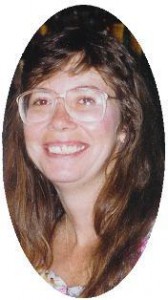 She was born in Port Washington, Wisconsin to Ray Melsheimer and Gale Ingersoll on April 14, 1958.  Susie was an adventurous woman with an old-fashioned streak.  She had no use for today’s technology and appreciated fashions from years past.  She loved to watch old black and white movies and knew all the actors and actresses

She moved to Florida thirty years ago and loved living there.  She worked in hospitality, waiting on tables and tending bar.  Around ten years ago she became a homemaker.  Showing off her love of cooking, she hosted holiday parties for her friends because most of her family was in Wisconsin.  Susie enjoyed family visits and spending time with her nieces and nephews.