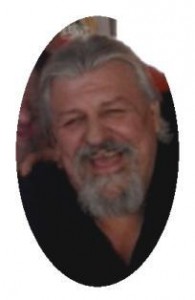 “Wilda” has moved on to that big car show in the sky.  Vern Egle has suffered his last heart attack Thursday, March 6, 2014 at his son’s home in Campbellsport where he had been receiving care.

He was born on October 1, 1954, son of August and Vera Egle in West Bend, WI.  As a young man, Vern helped in his father’s shop, Augie’s Shoe Repair in Cedarburg and Saukville.

Early on, Vern worked as a mechanic for Dave Seeger Trucking in Cedarburg.  He also worked with the Seeger family’s Hang Loose Truck Pulling Team.  Vern later became a self-employed owner/operator truck driver.  For many years, Vern was a maintenance mechanic for Advanced Cast Stone in Random Lake and International Concrete in Menomonee Falls.  Lastly he worked for Milwaukee Sign in Grafton.

Over the years, Vern has been very active throughout this area.  He always enjoyed shooting pool with family and friends.  He spent many years in the Cedarburg Pool leagues.  He had been currently active in a 9-ball pool league throughout Port and Saukville.  He shot trap at the Saukville Gun Club and was a former trailmaster for the Cedar Creek Snowmobile Club.

Besides his family and dogs, cars were the love of his life.  He loved his ’66 Pro-Street Nova.  Working with his hands, Vern was a perfectionist.  He could be stubborn, but always put others first.  He will be remembered for being mechanically innovative and supportive to all.  He would tell special people in his life, “I love you with the passion of my heart.”  Sadly missed will be the special afternoon drives with his granddaughter Cayla.  Life just won’t be the same without him.

Vern is survived by his wife Connie, his son Vinny (KC) Egle of Campbellsport, his mother Vera Egle, his grandchildren Cayla, Nova and Tucker, his sisters Dzidra Musbach and Monika (Greg Krueger) Egle, his nephew Jeff Musbach, other relatives and many friends.  He is preceded in death by his father August Egle.

Family will receive friends 2-6PM Friday, March 14 at the POOLE FUNERAL HOME, 203 N. Wisconsin Street, Port Washington.  All are invited to a celebration of his life at the Railroad Station, 200 S. Railroad St., Saukville Friday after 6PM.  Memorials to the family are appreciated.