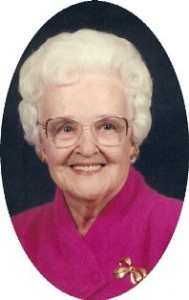 Coletta was a homemaker, but had also worked at the former Harnischfeger homes in Port Washington and also at Modern Equipment in Port Washington.  She enjoyed crocheting, knitting and going out to eat.  Before Port had the taxi service she enjoyed driving her lady friends around for many years.  In 1999 she moved to the Harbor Club and appreciated the care of the staff and Heartland Hospice in her final days.

She is survived by her children James (Delores) Tenpenny, Lois (the late Don) Rosewitz both of Port Washington, Jeannie (Terry) Bradleyof Fresno, Ca,  and Jerry (Barbara) Tenpenny of Grafton.  Dear sister of Mary (Maynard) Hoyer of Waterford, WI, Eugene (Marian) Mehring of Orland Park, Il and William (Darlene) Mehring of Loganville, GA.  Further survived by step-children Fern (Eugene) Penkwitz and the late Koehler (Kathy) Bossler, 7 grandchildren, 9 step-grandchildren, 10 great-grandchildren, 14 step-great-grandchildren, other relatives and friends.  Preceded in death by her husbands and a grandson.  Special thanks to the Harbor Club and Heartland Hospice.