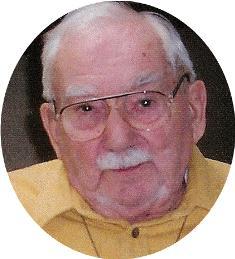 He was born in Dacada, Wisconsin to John and Catherine Deppiesse Bode on February 11, 1916.  On June 10, 1939 he married Dorothy A. Bostwick of Port Washington at St. Mary’s Church in Port Washington.   As a young man he worked at the Chair Factory and in the late 1950’s he ran the Sinclair Gas Station on W. Grand Avenue (currently Car Quest Auto Parts).  He then became a custodian at Port Washington High School for 17 years retiring in 1981.  Dorothy preceded him in death on April 8, 2000.

Dear father of Brother Douglas Bode, OFM of Mt. Calvary, Wisconsin and Stewart (Martha) Bode of Ellicott City, Maryland and proud Grandfather of Christine and Bradley Bode.  Fond brother-in-law of Arlene (John) Torke of Port Washington, Mary Beth (James) Paape of the Town of Saukville, Sophia (the late Howard) and Leona (the late Lyall) Bostwick both of Port Washington, further survived by other relatives and friends.