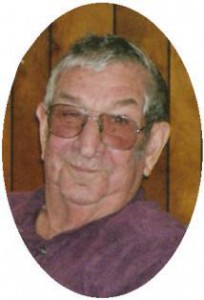 He was born on June 9, 1938 to the late Nicholas and Susan Meyer Bichler. He was united in marriage to Barbara Freytager of Port Washington on November 6, 1976 at St. Cecelia Catholic Church in Thiensville.  He served in the 4th Infantry Division of the U.S. Army as a vehicle mechanic from March, 1957 to March, 1959.  He was a proud member of the International Union of Operating Engineers, Local 139 for over 45 years working as a crane operator.

In his retirement years, he worked part-time as a construction inspector.  In his spare time he made maple syrup with his good friends Gerry Daddato, Ken Mehrtens, Roland Klas, his brother Nick, brother-in-law Bert and grandson Joe.

His Mass of Christian Burial will be celebrated at 6PM Tuesday, November 25 at Our Lady of the Lakes Catholic Church – St. Nicholas Chapel, Hwy. K, Dacada. The Reverend James Ernster will be the celebrant.  Interment will take place in the parish cemetery.  Visitation will be from 3-5:45PM Tuesday AT CHURCH.  Memorials to Our Lady of the Lakes Catholic School, Random Lake or the Sharon S. Richardson Community Hospice appreciated.

Special Thanks to Dr. C.R. Santhosh Kumar , the Sharon S. Richardson Hospice of Sheboygan Falls, and  the staff of the Vince Lombardi Cancer Center of Sheboygan for their medical care.  Finally special thanks to Reverands Richard Cerpich, Dick Fleischman, Guy Gurath, and Jim Ernster for their spiritual counsel.