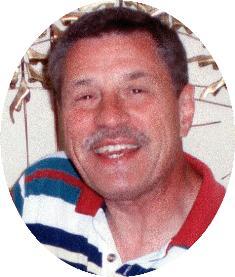 A graduate of Sheboygan South High School in 1966, he entered the Navy and served three years during Vietnam, Petty Officer 2nd class, sailing the Atlantic Ocean, Caribbean and Mediterranean Seas.

Upon his return he continued his education and married Marjorie Olson of Sheboygan on July 22, 1972 at Ebenezer United Church of Christ in Sheboygan.  For over 25 years he was a Facilities Planning Manager with Wausau Insurance in Wausau, WI.  He later continued working in that field for Zimmerman Design Group of Milwaukee, North Shore Country Club of Mequon and currently at Lakeland College of Sheboygan.

He was a member of the International Facilities Management Association and past member of the United Way Summit League and Peace United Church of Christ Council and Education Boards of Schofield, WI.

He will be remembered for his love of Lake Michigan, its beauty and scenery; Lionel Trains, Chicago Northwestern Railroad and German Heritage, amongst many others.  He will be missed for his creativity, his insight and design.